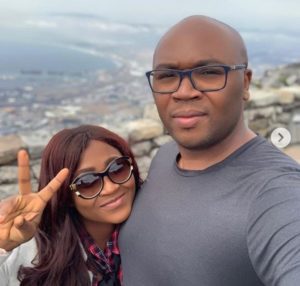 Chief Executive Officer of Iroko TV, Jason Njoku has disclosed what his wife, and Nollywood actress, Mary Njoku, told him after he revealed his intentions to get 6-packs to celebrate his 40th birthday.

According to Jason, Mary told him getting 6 packs is useless since nobody will ask him to remove his shirt for them and advised him to be focused. 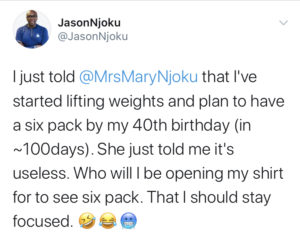