EndSARS: Minister Of Youth Sunday Dare Assures Citizens That Government Will Deal With SARS Officers Responsible For The Brutality 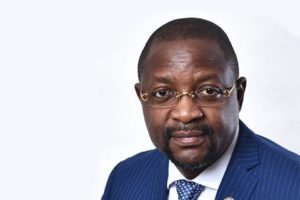 The minister of youth in Nigeria Sunday Dare has given assurance that the government will deal with SARS Officials responsible for the brutality going on in the country.

According to him, the government will not let that continue hence will contact the police and authorities in charge so they bring the officers responsible for the brutality to book and end all that in the country.

Adding that he got assurance from the police authorities as they are going to take necessary and definitive actions on SARS officers responsible for what is going on in the country.

But some netizens seem not to believe his words as they say that is all they say every year when such issues are raised as some even wonder if they had a minister for the youth because they never knew he existed until now. 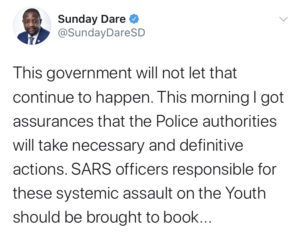