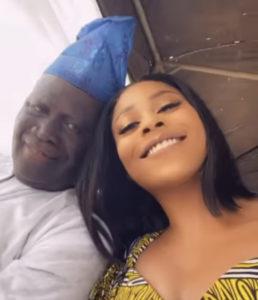 The actress confirmed the news with an Instagram story, where the actress posted the words “RIP Dad”

Mr Adams Afegbai passed on a few weeks after he suffered severe burns on his farm in Owan East Local Government Area of Edo State.

The incident happened earlier this month and the 80-year-old retired police officer has been receiving treatment since then.

Mr Adams Afefbai was reportedly on his farm trying to burn some waste and refuse when the fire caught his clothes and spread over his body. 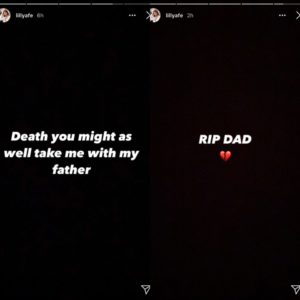