Laycon Hits 1.6M Followers On Instagram After Going Live With Over 43k People 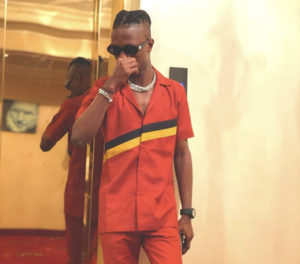 BBNaija season 5 winner Laycon and his fans iCons are set to make records as the first housemate to hit 1.6M followers and going live with over 43k people.

As of Monday, Laycon was the first housemate to hit 1.3M followers on IG but rapidly increased the number to 1.6M after going live with over 43k people.

Speaking for the first time after the show with his fans on IG live, Laycon said so many things about some housemates, as he praises Nengi, telling his fans that she is not about the butt alone, he also promises his fans that he and Vee would hit the studio soon. When asked about the lady that claims she is Laycon’s girlfriend he said, he doesn’t have and girlfriend, stating ‘There is no First Lady, you my fans are my first Citizens”.

Fans were so eager and excited that he was going to talk to them hence flooded his IG live as almost all of them wanted to join their president. 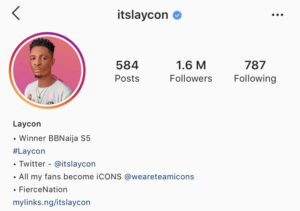 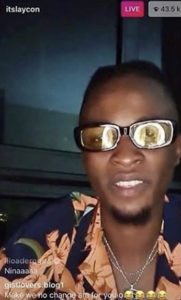