Laycon Won Because Most People See Themselves In Him – Korede Bello 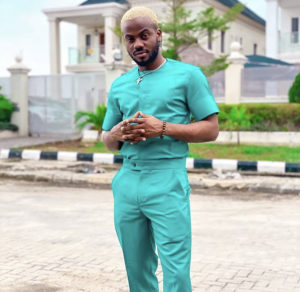 Mavins signee, Korede Bello claims BBNaija Season 5 winner, Laycon was voted for by the people who see themselves in him.

On Sunday, the young rapper from Lagos was crowned the winner of Big Brother Naija season 5 and the world could not contain the joy that came with. He was the people’s choice for the show due to his composure and the level of intelligence he exhibited in the show.

According to Korede Bello, people voted for Laycon because they see themselves in him. The singer may not be wrong because that has been proven as the dynamics of the game. People vote for housemates whose story resonates with theirs. 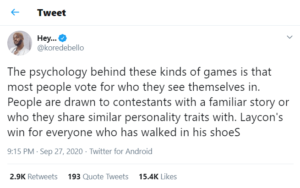 BBNaija: I Thought Dorathy Will Be Crowned ...