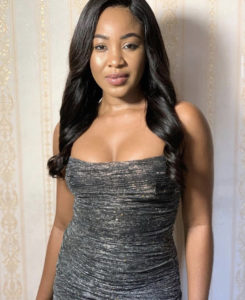 Big Brother Naija reality star, Erica Nweledim, has finally come out to speak on her disqualification from the reality show.

In a video posted on Instagram, the commercial model and actress intimated that she was ashamed seeing her actions that led to her disqualification.

Erica was disqualified after she was slapped with three strikes for her misconduct and her verbal attacks on fellow housemate, Laycon.

She also adds that, Laycon never told her about his health issues, Whatever she said to him that day was under the influence of alcohol, she added.

“I have been seeing a lot of crazy stuff in the internet about me saying that I knew about Laycon’s sickness and I used it against him. Come on guys, in all my time in that house, I’m sure you should know the kind of person I am, I am a very emotional person, I am very sensitive to people’s feelings. If I do things wrong, I always go back and apologize. Laycon never told me he was SC, there was no time he ever said that me. Left to me, Laycon was fine, it was just bottled up emotions and I was under the influence of alcohol.”