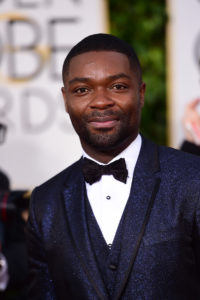 The Les Misérables actor, 44, took to Instagram on Friday to pay tribute to his ‘protector, guardian, hero and encourager’ who ‘fought so hard to stick around’ for his family in a heartbreaking post.

Alongside the emotional message, the screen star uploaded an image of his family – including his wife Jessica and their four children – kissing his dad on the cheek, as well as a photo of David and his brothers huddling around their parent.