South Africa’s President, Cyril Ramaphosa had earlier announced that the nation would be celebrating its heritage day with the ‘Jerusalema’ dance challenge. 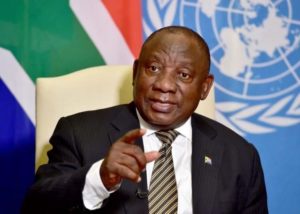 South Africa has responded to the call as different videos surface online of citizens and residents dancing to the ‘Jerusalema’ music.

Watch the Ministry of Health’s performance below:

Well, I tried – this after our work at Cape Town International Airport. #Jerusalemachallenge pic.twitter.com/HuRCpchqk9

Watch a South Africa’s cultural dance group’s performance of the Jerusalema dance challenge in their cultural outfits below: