Nigerian top investor and philanthropist, Tony Elumelu has been named in Time’s 100 most influential people in 2020. He was recognized as one of the top Africans who has a track record of success in his entrepreneurial efforts, as well as a desire to create value and economic empowerment of young Africans. 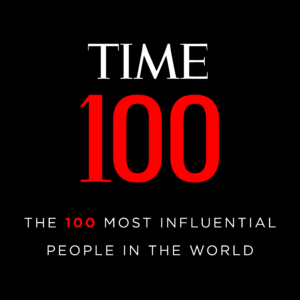 With the Heirs Holdings, which is his family-owned investment company where Tony Elumelu remains the Founder and the Chairman, he has been able to transform Africa through long-term investments in strategic sectors of the African economy, including financial services, hospitality, power, energy and healthcare.

Also, the Tony Elumelu Foundation, created by him, has helped to empower a new generation of African entrepreneurs, improving economic growth, eradicating poverty and creating jobs across African countries. All these and more have qualified the Nigerian business champion to be named in Time’s 100 Most Influential People. 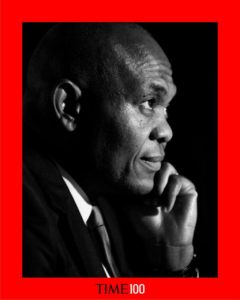 Reacting to this news, Tony Elumelu tweeted, “Not every day do you wake up to this – honoured to be named to 2020 #Time100 from @TIME. This has been a tumultuous year for all of us – challenging, humbling, and forcing us all to reflect. Why am I there?

“When in 2010, we launched the Tony Elumelu Foundation to champion African entrepreneurship, we had clear goals to catalyse and, yes, showcase the capacity, determination and power of the African entrepreneur. Young women and men shaping economies, creating jobs and singlehandedly confronting the clichés that often surround Africa. Africa is not a “continent of unrealised potential”, but one of innovation, pulsing with productivity as our entrepreneurs are reimagining and building a new future for the continent.

“It is also about businesses like Transcorp Power, Nigeria’s largest power producer; @UBAGroup, a bank in 20 African countries democratising financial services and breaking down barriers to trade; Avon Healthcare, innovating in delivering healthcare – our Group CEOs like Dr. Awele Elumelu, @owenomo, @BelloSimbo, @OlusolaModupe, @uzoora, and @IfeyinwaUgo ideally females! We are changing the African narrative – thanks @TIME for recognising this.

“Business and philanthropy have taught me that talent is evenly distributed. Yes in California’s “Silicon Valley”, but also Lagos’ “CC-hub”, the young people are just as gifted, but the structures of institutionalised support, the networks committed to and invested in their success could not be more different. Success occurs when preparation meets opportunity – where there is more opportunity, inevitably, there will be more success.

“It is this imbalance, the uneven access to opportunity for entrepreneurs in Africa that ignited my 2015 US$100 million commitment to empowering African entrepreneurs. Our rejection of the status quo propelled us to fund, mentor and train 10,000 entrepreneurs and counting, creating a digital ecosystem of support for over one million Africans. The results have been phenomenal. Across tech, agriculture, retail, fashion, education, healthcare & others, our beneficiaries are launching & growing businesses that are transforming their cities & countries.

“Organisations including the UNDP, the ICRC and leading European development agencies are working with us to reach thousands more – because what we do is pretty unique – we give capital, training and mentorship to those who can make a difference – at scale. But the work remains just as urgent, this is no time to rest. Young Africans should not be disadvantaged by their heritage and place of birth. They should not be forced to leave our continent. It is the responsibility of all of us – private sector peers and colleagues, the global development world, policymakers home and abroad and all stakeholders – to identify and invest in the next generation of Africans as the world has done for their counterparts elsewhere for so many years. African entrepreneurs deserve the global spotlight today and every day after. This is a great day– I am proud, thankful, touched