Saudi Arabia Ready To Permit Umrah For Residents And Visitors 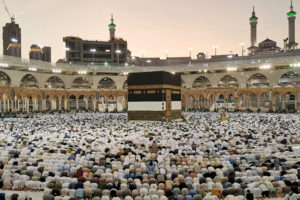 The State News Agency SPA announced that Saudi Arabia will permit pilgrims in the country to undergo the Umrah pilgrimage starting on 4th October after a halt due to the novel global pandemic.

Attracting about 19 million people last year from the pilgrimage to Mecca and Medina, Saudi Arabia issued a pause on Umrah in March.

The SPA added that 6000 citizens and residents will be allowed to undergo the Umrah everyday occupying just 30% of the 20,000 following the COVID-19 protocols. On October 18, the number will increase to 75%.

For people outside the country, SPA concluded that it will allow visitors from particular countries confirmed safe to undergo Umrah at 100% of the revised capacity until the pandemic is eradicated.

Buhari Orders The Reduction In The Price ...