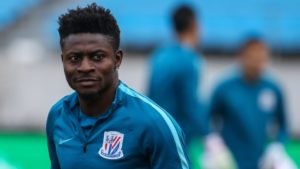 The 35-year-old joined Wuhan on a free after his contract with Shanghai Shenhua was terminated last week.

Wuhan are currently fourth in the CSL Group B table with 16 points from 11 games.

Martins could make his debut when they face Chongqing Dangdai Lifan in their next game away.