Nigerian-born Ernest Ezeajughi who was elected as the Mayor of Brent, London in May 2019 has been reelected for a second term in the office. 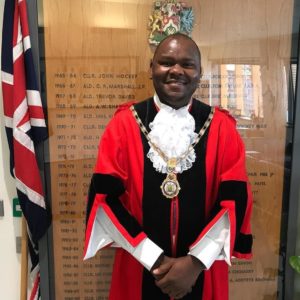 This was after an unanimous vote at the Brent Council’s annual full council meeting where Ernest Ezeajughi was given an opportunity to continue his role till May 2021. According to the Council, the re-election was necessary due to the disruption caused by the Covid-19 pandemic.

Speaking on Ernest’s re-election, the conservative opposition leader Cllr Suresh Kansagra said: “Cllr Ernest Ezeajughi, I think you will go down in history as one of the longest serving councillors in one year, a number of months, and also having two terms together and you’ve been wonderful.”