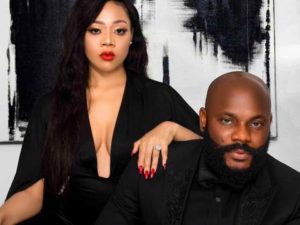 Lagos socialite, Temidayo Lucky Kafaru, aka Lascatter, has denied claims that he raped her se.xually molested his 5-month-old son as alleged by his estranged wife, Diana Faith Logico.

According to Lascatter in an official press statement, the accused rapist said that all allegations about him indulging in the act is false and it a plan by his ex-wife and her mother to dent his image.

The press release was issued by his lawyer, Omo-Elo Akokaike and it reads:

‘Temidayo in the highest terms, states and denies emphatically each and all the allegations that he had carnal knowledge of his house help or was engaged in unnatural acts with his own beloved son. All allegations published by Mrs Edwina Logico and her daughter, Diana Faith Logico, are grossly false, defamatory, malicious, concocted and totally made-up and have no iota of truth in it.’