The Lagos State Government has given its approval to the full resumption of worship in churches and mosques. This is in a bid to further relax the restrictions imposed during the lockdown. 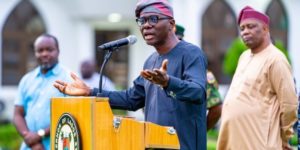 While announcing this new development, the Lagos State Governor, Babajide Sanwo-olu warned that the safety protocols must be adhered to strictly. He said, “Muslims can now have their five times daily prayers in mosques. Churches can also begin mid-week services.”

Having announced the reopening of cinemas, spas and gyms earlier, the Lagos State Government has also given its approval to the reopening of basic and secondary schools with effect from tomorrow, September 21, 2020. However, due to the government’s decision for schools to resume in phases, only the pupils in Junior Secondary School Three (JSS 3) and Senior Secondary School Two (SSS 2) will be allowed to resume. This is all in a bid to contain the spread of the Coronavirus.

Obaseki Leads As Edo Decides Their Next ...