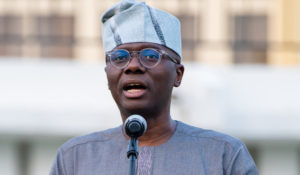 The Governor of Lagos state, Babajide Sanwo-Olu has given the greenlight for the resumption of church activities and other public places to start operation.

The governor made the announcement known when he held a press briefing on Saturday September 19 where he said cinemas and gyms can now operate at at 33 percent capacity which is one-third of their capacity.

Due to the Covid-19, bans were placed on public gatherings but the bans are gradually getting lifted.

In his own words: “If they have gotten safety protocol clearance, from tomorrow, Sunday, they can resume.

Their resumption is only at 33 per cent of their capacity, meaning its only one-third capacity that you have at the various cinemas”