Wizkid’s New Single ‘No Stress’ Tops #1 On US ITunes 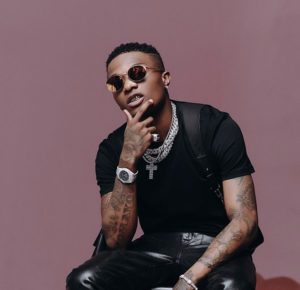 Nigerian star boy Wizkid has found himself on top as his newly released track titled “No Stress” hits number one on Worldwide Songs Chart on US iTunes.

Wizkid’s “No Stress” which is a single from his album Made in Lagos has been making rounds and trending on social media after it was released a few days ago. There have been mixed reactions after Wizkid released his track. 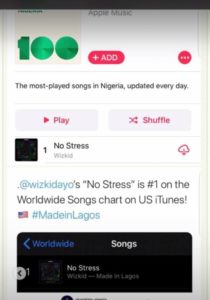