Following the resignation of the Pro-Chancellor of the University of Lagos, Wale Babalakin (SAN), another external member of the council, Bayo Adaralegbe, has also tendered his resignation letter. 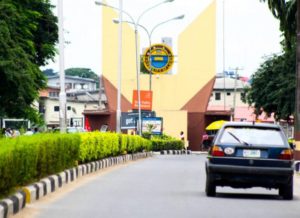 Mr Adaralegbe addressed his resignation letter to the Minister of Education, Adamu Adamu and stated that his continued stay on the Governing Council of UNILAG, would be “a serious dishonor and desecration” of the memory of his father, Prof. Adeniji Adaralegbe.

The resignation letter reads in part; “I was inaugurated along with other Federal government appointees on the 6th April 2017. In that period, Dr Babalakin provided very strong moral leadership as Pro Chancellor and Chairman of Council. He kept scrupulously to the promise he made at our maiden Council meeting not to bid for, or be awarded contracts from the University. He actually did more.

“By December 2019 he had poured approximately N100 million of his own personal resources on different endeavors in the University. At the time this situation arose, he was in the process of transferring to the University (at no cost to it) 40 hectares of land he owned in Ogudu, Lagos to address its staff housing problems. They have even turned my position on the Council as propaganda material, claiming that I lied about my state of origin in order to get appointed. My association with Dr Babalakin since 1991, something that I am incredibly proud of, and which is very common knowledge has also been weaponised by these people.

“Recent developments have, unfortunately, made my continued stay on the Governing Council of the University of Lagos very untenable. I experienced first-hand, the Vice Chancellor of a University falsifying interview results for the position of Director of Works. Professor Toyin Ogundipe threatened to beat me up during an interview session for the position of Director of Works because I resisted his attempt to falsify interview results. It was also in University of Lagos that I experienced a Vice Chancellor attempting to appoint a Professor in respect of a discipline that the University did not have a department, did not admit undergraduate or postgraduate students, and through a one-page Memorandum to the Pro-Chancellor that touted the candidate as an “agent of change.” This is of course apart from a litany of corrupt practices.

“I consider my continued stay on the Governing Council of University of Lagos, a serious dishonor and desecration of my late father’s memory, Professor Adeniji Adaralegbe one (if not the very first) of the first set First Class holders of UNN, former Deputy Vice Chancellor, University of Ife and Special Adviser to Professor Aliu Babatunde Fafunwa, Honourable Minister Federal Ministry of Education.”

Chrissy Teigen Reveals The Sex of Her ...