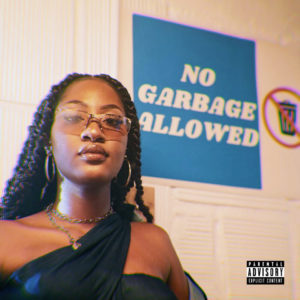 Nigerian alternative R&B singer, songwriter and record producer Tems releases lead single ‘Damages’ from her debut E.P, ‘FOR BROKEN EARS’.Tems, whose real name is Temilade Openiyi, shines through with a fresh sound that is a reflection of alternative R&B, Neo-soul and a sprinkle of the traditional Nigerian flavour.

With a sound that’s both sweetly intimate yet global in nature, ‘Damages’ is produced by Spax. The young dynamic artiste embraces the youth culture in her latest release, ‘Damages’. It’s engaging drums and instrumentals are a quick pull, making it an easy listen for all music lovers.  Danceable and groovy, Tems’ takes us on a vocal journey with ‘Damages’ that wraps itself around the core ingredient in life: relationships. Tems tells a story in her lead single and urges her love interest to take a stand in their relationship. In her own lyrics:
‘So tell me what you need from me now/ I’m not what you need to be now
Cuz I’ done with it now /no more Damages now’  symbolises growth and at the same time, a weariness from investing a lot in an unsure relationship.’

In 2018, the alternative R&B producer released her debut single, Mr Rebel, instantly putting her on the map as one of Nigeria’s most exciting musical voices. In 2019, Tems released ‘Try Me’, the pioneering artiste and Lagos Island native truly established her trademark alternative R&B and neo-soul sound, birthing both global interest and a bedlam of excitement. With a heavy social media presence and incredible views on her musical projects, Tems saw laudation and admiration from American online music publication, Pitchfork who believe ”She’s a star and every single makes this fact more clear”. American music, style and culture magazine, The Fader also believes that ”though she just has a handful of released songs, the singer has quickly become one of her country’s shining stars with a voice that’s hard to resist”.

Tems has collaborated with artistes like Khalid, Disclosure, Davido, Wizkid, Show Dem Camp, DRB Lasgidi and Odunsi (the engine). With over 3 million views on her body of work and plaudits from international musical authorities, the young singer, songwriter and producer, Tems, isn’t afraid of brandishing her alternate R&B sounds, a fusion of neo-soul and colours of home with traditional Nigerian sounds.

‘Damages’ is out today, Friday, September 18, 2020, and is available for download on all music platforms.