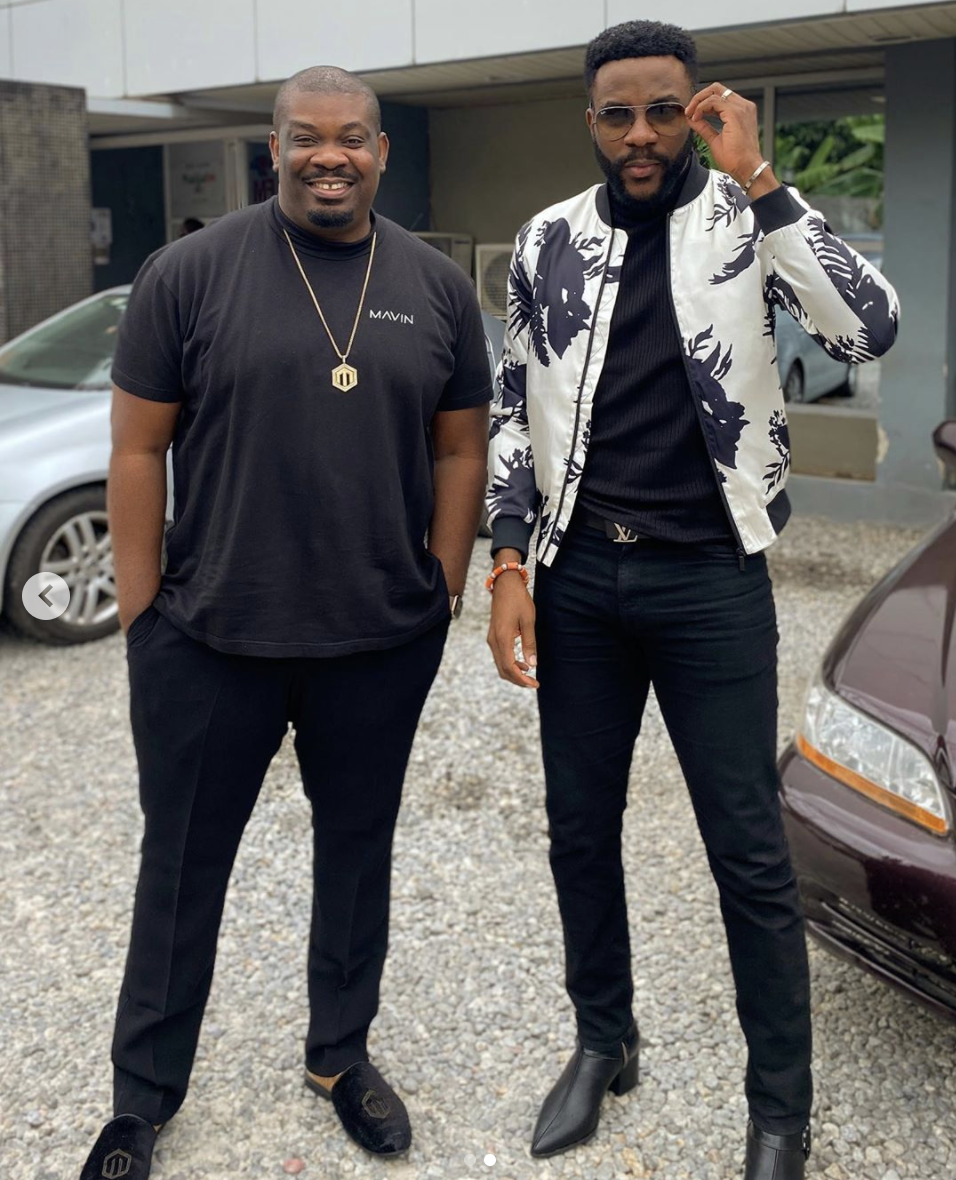 If there was an award for the most talked about ads on BBNaija Season 5, Betway would be the uncontested winner. The entertainment and gaming brand is the headline sponsor of this season of the reality show and as expected, has been getting a lot of visibility on the show. But beyond the tasks and the frequent shout-outs from the housemates, Betway has gained quite the popularity for its ads. And the brand has released quite a few over the duration of the BBNaija show. But the latest one just may be the most talked about one yet, for obvious reasons.

Launched on Thursday, September 17, the new ad features two of Nigeria’s biggest celebrities, superstar music producer and record exec, Don Jazzy and popular TV personality, Ebuka Obi-Uchendu. The duo had been unveiled as ambassadors for the international gaming brand just as the 5th season of Big Brother Naija was kicking off. And the two went to work immediately, promoting and acting as spokespersons for the brand.

With this new ad, we see the two stars flexing their acting skills – a side of them we don’t see very often – as they introduced the variety of games available on the Betway platform. From sports betting, to casino, fantasy football and virtual games, Ebuka and Don Jazzy got into a variety of elements to introduce each of the games.

Ebuka who had started the day teasing a big reveal on his social media posted the ad on his social pages with the caption, “Started from ‘Mad oh!’ and ‘But babe my team is losing…’ now we’re here!!!” – a reference to Betway’s previous ads.

Don Jazzy, on the other hand, wrote, “Hehe I told y’all I’m dishing out red cards” while urging his millions of fans to repost the ad.

Ebuka and Don Jazzy’s joint starpower may have made the new ad a hit, but the various games advertised, a lot of which are unique to the Betway platform are equally as important. The ad is likely the first place a lot of gaming enthusiasts would learn about these exciting features being offered by Betway.

BBNAIJA: “I Don’t Feel Responsible For What ...