Popular Nigerian singer, Wizkid has released a new single titled, ‘No Stress’ in anticipation of his forthcoming music album, ‘Made In Lagos.’ 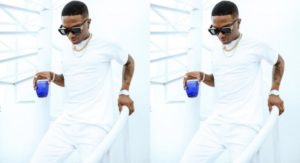 The music artist took to his Twitter page to announce the release of the new single when he wrote, “No Stress! Made in Lagos Officially on the way!!”