She’s A Liar And A Gold-Digger – Night Life King, La Scatter Reacts To Sekzual Molestation Allegations By His Wife 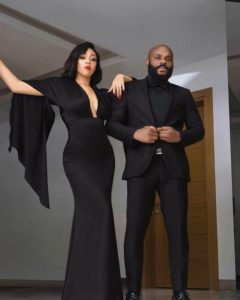 Popular nightlife King, Temidayo Lucky Kafaru aka La Scatter has denied allegations made against him by his wife about sexual Molestation.

La Scatter was accused by the wife of reportedly forcing their maid into having sex and inserting his manhood in the mouth of the their 5 month old baby.

In a report by Michael Soyebo of Sahara Weekly, Temidayo made it known that his estranged wife is not a virtuous woman to be with as she is very greedy about material possessions and has the tendency of being violent. He further revealed that he was coerced into marriage by his wife and mother-in-law, Edwina Logico.