The Governor of Kaduna State, Nasir El-Rufai has become the first governor to sign a new law punishing convicted rapists with castration and removal of fallopian tubes for male and female sex offenders respectively. 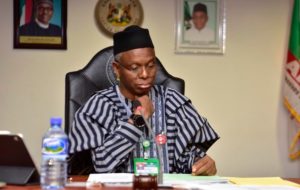 The new law has also directed that convicted child rapists should face the full wrath of death penalty, apart from the surgical removal of sexual organs and fallopian tubes.

In addition, names of convicted offenders would be published in the Sex Offenders Register by the Attorney-General of Kaduna State.

Speaking on the amended law on rape, Governor Nasir El-Rufai praised the members of the State House of Assembly for passing the amendments and stated that the drastic penalties were put in place to protect the young ones from sexual harassment and assault.