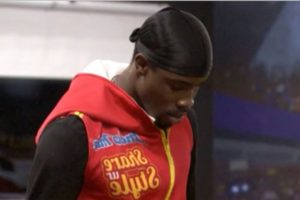 Big Brother Naija Lockdown season 5 housemate, Neo has won N500K for completing the first phase of their indomie task ahead.

Neo is back to winning ways after breaking the jinx to win the first round of their indomie task. He won by throwing 8 rings on a cone whilst Dorathy threw 5 in their ring toss game.

He was the only housemate to throw the highest number of rings under stipulated time. As a reward, he was given N500,000 and made Big Brother’s assistant for today’s task.