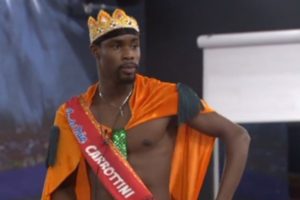 Neo ended the ‘near success’ syndrome by becoming the first housemate to win all two phases in a task. His first was the ring toss game which he won by throwing 8 rings under 3 minutes to win the round. He was awarded a sum of N500 K.

His second win came after he successfully identified the cooks and recipes being used to cook a plate of indomie while being blindfolded.