Pearlena Igbokwe has become the first Nigerian woman to be appointed as the US Universal Studio Group, which comprises of the Universal Television, UCP and NBCUniversal International Studios. 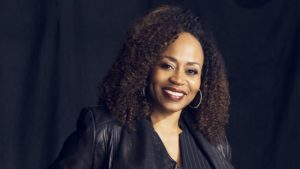 According to a statement by the Universal Studio Group, Pearlena will lead the company’s growing global television studio businesses and report directly to Jeff Shell, CEO of NBCUniversal.

Pearlena Igbokwe worked as Group Representative at Prudence Financials before entering the entertainment industry. She joined Showtime as a direct response marketing manager and rose to the position of Senior Vice President before leaving in July 2012.

Some of the shows she oversaw include “The Good Place,” “Superstore” and “Brooklyn Nine-Nine”. She oversaw television series which include “The Blacklist,” “Blindspot,” “Chicago Med,” “Shade of Blue,” “This Is Us,” “Timeless,” and “Taken.”