WITH 14 TRACKS AND 9 SONGS, STEMAH DOSH PRESENTS HIMSELF TO THE WORLD IN HIS FIRST PROJECT TITLED “NO BLUE NO GREEN” 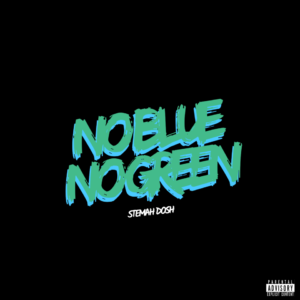 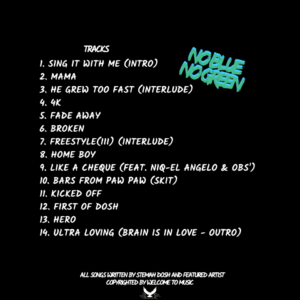 No Blue No Green interprets to No Water No Life and No Work No Success. Initially, the project was titled Home Boy 4 Life, which would have made track 8. (Home Boy) the headline song for this mixtape, but after the release of Home Boy on the 28th of June 2019, Stemah Dosh changed his perspective of what the album meant to him as a whole and that lead to the album title today, No Blue No Green.
The change was inspired after he reflected on the struggles and all of the unforgettable moments that have made this body of work come together over the workspace of 2 years, from the beginning of 2017 to the end of year 2018. As a college student in a foreign country, he had to pay every sound engineer he worked with on every track from his wallet for the mixing process. He remembers recording and then the laptop trips off so many times right at the middle of a session, he remembers recording with a broken mic stand and some cases where he had to hold with his hands and also moving from studio to studio,

engineer to engineer and many more funny experiences. All of these memories came together and inspired the title of this project.
Track13. (Hero) was inspired after listening to the Black Panther album by Kendrick Lamar. After listening to the album on February 9, 2018 all he wanted to do was rap on a violin instrumental, and so he did and then he recorded the song later that year, late 2018. It was the second to last song to be recorded on the album. His skill and ability to paint a picture or tell his story on a song was due to the introduction to J. Cole by his roommate back in 2015, it sparked something in him.
One of his inspirations to become a great entertainer is Wizkid, who is one of the biggest artists out of Nigeria. The project sets to drop on the 23rd of September 2020, it is a mixture of Hip-hop/Rap and RnB; it features 2 artists (Niq-El Angelo and Obs’), a skit from a movie that features Osita Iheme and an audio sample from one of his favorite cartoons as a kid (Pinky and The Brain). 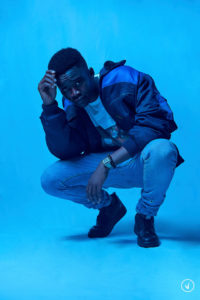 Osumah Osemen Stephen (Stemah Dosh) started his entertainment journey back in high school but as a dancer. Like he said in his song He Grew Too Fast, which he released on March 6th 2017 to mark his birthday, “Growing up, I had no love for this rap thing” this comment was made because as a dancer in Nigeria he was surrounded by the biggest genre Afrobeat and growing up he had no dream of becoming an hip-hop artist. In high school, the only thing he did then was to write raps with friends and most times he wrote rap songs without beats, he was just aware that he could write but never set any goal towards it.

In 2016 after consuming lot of rap songs and becoming a great fan of the hip-hop culture, he was motivated, decided to right on a proper beat and then in October of 2016 he released his first single Imagination and got so much positive feedbacks. Afterward he released He grew Too Fast, Little Body, Kicked Off and his latest single Home Boy.

Stemah Dosh has been said to sound like Jaden Smith the American rapper and recently Aitch the British rapper. At first he had problems with the comparison but now he has a positive view on that. The comparison of his voice to other artist verifies that there are fans out there that would enjoy listening to him and hearing him rap.

His goal is to be at the frontline of the hip-hop culture, representing his country and his continent Africa, like other rap artists had done and are doing at the moment.

? Sing It With Me (Intro); Stemah Dosh opens the album with a 22 seconds long intro and a plea, asking his listeners to sing along with every song on the album.

? Mama; in the first verse he paints a picture about a black mother bringing a child to the world, using himself as a subject to the story. In the last line of verse 1 he says “Oxygen outside of the wall I’m delighted mama”; a simple thank you note to his mother for his successful arrival into the world and more praises continue down the track.

? He Grew Too Fast (Interlude); This is a voice note of Stemah Dosh reciting verse 1 from his already released track He Grew Too Fast. This verse captures his growth from a kid with almost zero interest in rap songs, to a young man who now dreams of his records going gold someday.

? 4K; at track 4 the fun begins. This song is for the clubs, a song to turn up with in your car, a song for happy moments. It is composed of a little bit of comedy, trash talks, bragging and very strong lyricism.

? Fade Away; another tale with Stemah Dosh as the subject in the story, this track gives the trapsoul vibe. Love between a guy and a girl that is faded now but he’s still in doubt. In verse 2 he opens up with “We broke, I doubt it; I broke, I doubt it; Feeling like I made a mistake”.

? Broken; A simple song for broken hearts out there. A sad vibe that doesn’t leave the listener feeling alone. Something for the radio.

? Freestyle (III) (Interlude); at track 7, the album comes into a break
with a freestyle. It’s titled freestyle (iii) because after every release, Stemah Dosh drops freestyle on SoundCloud. This
freestyle was released after his song Kicked Off.

? Home Boy; this is trap music; the beat has similar rhythm to Sad!
By XXXTentacion. On this track, Home Boy represents an alter- ego. Stemah Dosh tells a story about home boy, his views, his needs, his experiences, his goals and this song presents home boy as a regular confused youth. At the final part of the song, he speaks on being a hip-hop artist in Nigeria and his hope that he gets across to listeners that ignite his music career.

? Like A Cheque; this track introduces the first and only collaboration on the album. Features Niq-El Angelo and Obs’, the message in the chorus describes a lady complementing Stemah Dosh to extort cash from him, by describing him as a guy that smells like a cheque. But he sees through the B.S and returns the same complement back to her.

? Bars from Paw Paw (Skit); the skit featuring Osita Iheme rapping in a movie, serves as a bridge into the more serious aspect of the album.

? Kicked Off; tells a story of a woman who died, left her family behind and was a friend also. In verse 2 Stemah Dosh paints a picture of the funeral and all of the different groups of people in attendance, describing what they truly felt.

? First of Dosh; another song with Stemah Dosh as the subject in the story. He talks about being a lost college student in a foreign country, how it changed him a bit and admits to having a different view on some things in life. Furthermore, he speaks on the album itself and asked himself three important questions in verse 2; “What if this gon be the last of Dosh?; What if this gon be the best of Dosh?; What if there never gon be a next for Dosh?”, he questions if the songs he has made now, might be all he has to offer.

? Hero; this is very different from any song on the album, it has a cinematic vibe to it and it is a great way to end the album. This is a story about a dream Stemah Dosh had, in this dream he was a hero and he tells his story to the youth. But the interesting thing about this song is the arrogance in which this story is told and the word play involved.

? Ultra Loving (Brain Is In Love – Outro); the final track on the album, it features an audio from Pinky and The Brain. Brain talks about being in love, which negates his character and that is something Stemah Dosh could relate to at the end of year 2018. He moved from having a broken heart into feeling some kind of love and affection in his world again. This is the beginning of a new chapter for Stemah Dosh. 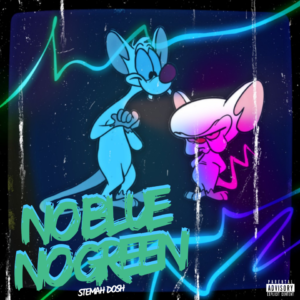 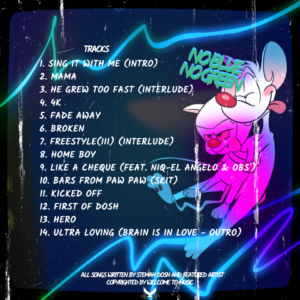