Saudi Arabia has announced its intention to partially lift international flights restrictions from tomorrow, September 15, 2020. This was announced by the Interior Minister who said in a statement, “Gulf citizens and non-Saudis with valid residency permits or visas will be allowed to enter the kingdom from Tuesday as long as they are not infected with the virus. 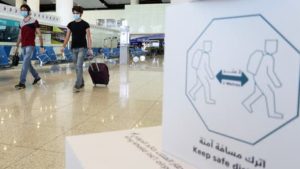 “People in other “exceptional categories”, including Saudi government and military employees, embassy workers, students and people requiring medical treatment, will also be allowed to enter and exit the kingdom from Tuesday.”

Saudi Arabia had earlier announced that it will end all restrictions on air, land and sea transport for citizens after January 1 2021, stating that an exact date will be announced in December.