The Liberian Government has declared rape a national emergency following the recent spike of rape cases in the country. This was announced by the Liberian President, George Weah, who also said that a special prosecutor for rape in Liberia would be installed. George Weah also stated that the country would now set up a national sex offender registry to curb the rampant incidence of rape in the country. Furthermore, the government will also establish a “national security task force” on sexual- and gender-based violence. 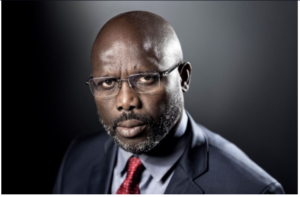 The announcement is followed by a conference in the capital Monrovia on tackling sexual violence which would hold on Wednesday, September 16, 2020. Stating that Liberia was already “witnessing what is actually an epidemic of rape within the pandemic, affecting mostly children and young girls across the country, George Weah has promised that further anti-rape measures will be announced.

The high rates of rape in Liberia has generated a lot of concern as a UN report in 2016 recorded 803 rape cases the previous year in the country of 4.5 million, and found that only two percent of sexual violence cases led to a conviction, for example.

Also, Margaret Taylor, the director of Liberia’s Women Empowerment Network, told press men last month that her NGO had recorded 600 cases of rape between June and August, which went up from between 80 and a hundred cases in May.