If I Am Bad, Ozo Is Worse – Actor Tony Umez Claims After He Was Liken To Ozo For Begging Nengi 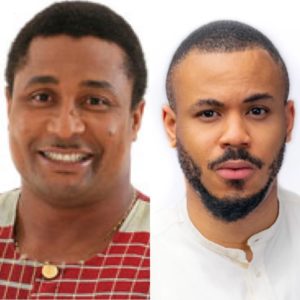 Nollywood Actor has allegedly reacted to the love story of BBNaija housemates Nengi and Ozo saying he’s better than him.

According to a post supposedly by him, if he is bad when it comes to loving someone as we saw in most of his movies, then Ozo is worst than him because he is out of control.

We all know the story of Ozo and Nengi’s love triangle which seems to be a sided love and has got Ozo worked up trying his best to get Nengi’s love at all cost.

Some netizens have been comparing Ozo’s attitude to a lot of people and circumstance and actor Tony Umez has supposedly reacted to that comparing him to himself saying he’s better than him.