Kanye West Disqualified To Be On Presidential Ballot In Wisconsin

Kanye West has been disqualified by a US judge who ruled that the ambitious rapper would not be on the presidential ballot in Wisconsin, since he missed a deadline in filing his nomination papers. The court’s ruling, which is also in line with a bipartisan decision by the state elections commission, can still be appealed. 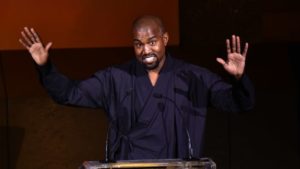 Kanye West has also been kept off the ballot in West Virginia due to a lack of enough valid signatures. Currently, Kanye West is only qualified to appear on the ballot in 12 states, which are: Arkansas, Colorado, Idaho, Iowa, Kentucky, Louisiana, Minnesota, Mississippi, Oklahoma, Tennessee, Utah, and Vermont.

Derek Chauvin And Other US Police Officers ...