Black-American actor, Jeremy Tardy has called out the entertainment company, Lionsgate for racial discriminatory practices in a series of tweet on his official Twitter account. This is as regards the Netflix’s drama series, ‘Dear White People’, as the actor has confirmed that he would not be joining the show’s fourth and final season. 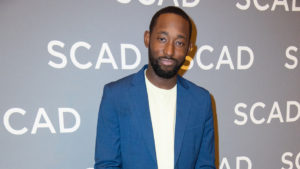 The announcement was preceded by Lionsgate’s rejection of Jeremy’s counter offer after Jeremy’s white colleague had successfully negotiated a similar counter-offer with the entertainment company, Jeremy confirmed. He also stated that he “expressed this issue to Lionsgate” but Lionsgate’s producers “maintained their position that the white actor was able to negotiate while he was not- regardless of his credits and experience.”

Jeremy also pointed out the notorious pay disparities between people of colour and white actors on Netflix and Lionsgate shows. He therefore called out both Lionsgate and Netflix entertainment companies for being hypocritical and discriminatory in their practices.

He tweeted, “These companies have recently released statements and even donations in support of the Black Lives Matter movement. I am calling out their shameful practices of discrimination and racial inequality with regard to how they have historically undervalued and lowballed people of color.

“Politically correct lip service and symbolic gestures do not absolve you of the daily responsibility of doing business in a fair and equitable manner. The fact that this has occurred behind the scenes of a show which purports to address systemic issues of racism and discrimination displays the very epitome of hypocrisy. Lionsgate. Netflix. I see you. We see you.”