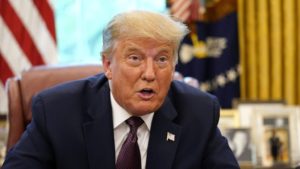 Donald Trump’s second nomination was done by Magnus Jacobsson, a member of the Swedish Parliament, who said that he was nominating the Trump administration along with Serbia and Kosovo “for their joint work for peace and economic development, through the cooperation agreement signed in the White House.” “Trade and communications are important building blocks for peace,” he added.

The deal Magnus Jacobsson had referred to normalized the economic relations between the two former adversaries — and also includes Kosovo recognizing Israel, and Serbia agreeing to move its embassy to Jerusalem.