Breaking a 45-year record, Professor Florence Obi was elected as the first female Vice-Chancellor of the University of Calabar, Cross River State after she emerged top after a rigorous screening exercise involving 12 other candidates. 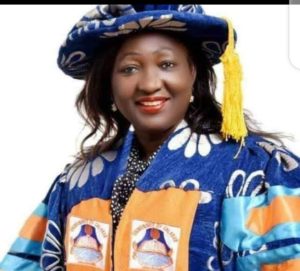 Her victory was announced by the Pro-Chancellor and Chairman Governing Council of the University of Calabar, Senator Nkechi Nwaogu, who also congratulated the educational icon for emerging the first female Vice-Chancellor of the 45-year-old institution.

Senator Nkechi Nwaogu further said, “You can see the tranquility in this governing council. What we assured the university community is that we were going to be transparent, open, fair, and just.

“There is a guideline from the Ministry of Education as to how to conduct interview for the appointment of a Vice-Chancellor. There are so many parameters we had to look into and that is exactly what we did.

“What I expect from her is to look at what the outgoing Vice-Chancellor has done, governance is a continuum, start from where he has stopped and ensure there is integration even amongst all the people that contested with her.”

Speaking on her new position as the first female Vice-Chancellor of the institution, Professor Florence Obi said, ” I’m happy and return all the glory to God. I have just received my appointment letter from the 12th Council as Vice Chancellor-elect. The process was free and fair, and I promise to run an inclusive administration.”

Professor Florence Obi will now be taking over from Professor Zana Akpagu on 1st December, 2020.