The President of the Argentine Football Association, Claudio Tapia has cleared Lionel Messi after he was banned during the Copa America third-place play-off against Chile. The Barcelona player was given a red card in 2019 for a clash with Gary Medel and was furious after the match, accusing officials of bias towards Brazil. 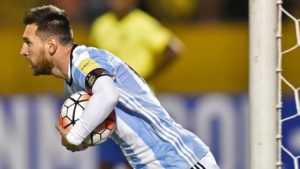 Lionel Messi would now be able to play during the Argentina’s World Cup qualifiers against Ecuador and Bolivia in October. According to Claudio Tapia, the statute of limitations has run out on the ban and Messi is free to play.