Kaduna State Assembly has approved castration as punishment for offenders convicted of the offence of rape in the state. 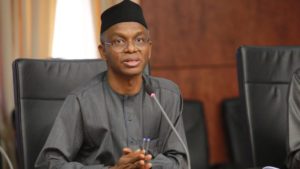 The Kaduna State’s Commissioner for Women’s Affairs and Social Development, Hafsat Baba has described the new bill as a welcome development which would serve as a deterrent to rapists. The Bill, however awaits the assent of the State Governor, Nasir El-Rufai.