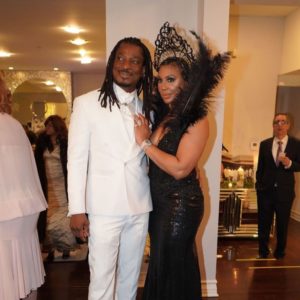 The Blast also reported that Tamar Braxton had questioned her boyfriend about a post he shared via his Instagram page recently, which was a video of David, Tamar Braxton’s son and her ex-Husband, Vincent Herbert. The questioning grew into a heated argument and Tamar told David he was “around for the wrong reasons and could not be trusted.” According to Tamar Braxton, this sparked an angry reaction from David and she claimed he said they were going to end up in a “murder-suicide.”

This allegation is coming after David Adefeso filed a restraining order against Tamar Braxton barely 24 hours ago.