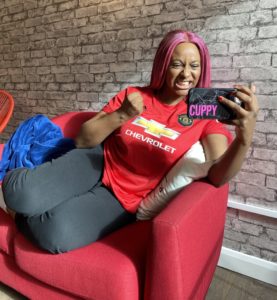 She took to her Twitter page to share a clip from the Man United ad where she is seen rocking the jersey while she sings and dances.