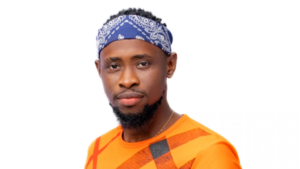 Big Brother Naija housemate, Triky Tee has been named as the new head of for week 9.

Triky Tee’s win came after playing a scintillating dice game in the arena with his fellow housemate. He was a finalist in the last 5 housemates who reached the 30 mark but triumphed over them after the went for a second round of the game.

For his deputy, he chose Laycon who has seems to be the only housemate who has never had a feel of the head of house lounge.

There would be no guest in the head of house lounge for this week.