Underaged Children Banned From Grazing Cattle in Kaduna By MACBAN 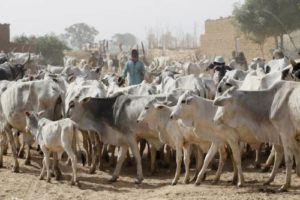 The decision of the Miyetti Allah Cattle Breeders Association was taken to maintain peace and security at all levels among neighboring communities.

The communiqué reads as follows: “The summit after all the deliberations it has reached the following resolutions: That we have agreed to reverse to our olden days relationship with our neighbouring communities in the area.

“We are appealing to farmers to allow our cattle graze on recognized cattle routes. We have agreed to bury our differences and be our brothers’ keepers henceforth in order to foster development in the area.

“We call on our people to stop allowing the under age children from rearing cattle in order to prevent further destruction’s of farm produce of the farmers within the area and beyond. We also advised our people to be vigilant and hand over suspected criminals to security agencies that may be found within our communities.

“The summit strongly commended the efforts of Commanders of Operation Safe Haven and all his officers and men for their tireless efforts toward the restoration of peace in Southern Kaduna we have never seen this kind of efforts from military commander before. Based on this reason we pledged our total support to the security outfits and all its efforts to restore total peace and security in Southern Kaduna.

“We also wish to commend all the security agencies working tirelessly to restore peace to Southern Kaduna. We appeal to the Federal and Kaduna State Government to assist those who have lost their cattle’s and other source of livelihood in other to alleviate the hardship that the victims are facing. We call for the establishment joint community peace and security at all levels to monitor and maintain peace among neighboring communities.”