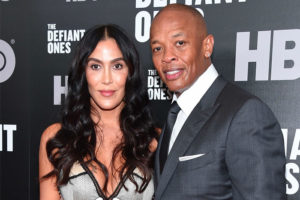 DR. Dre’s ex-wife claimed he threw her out the family home in a “drunken rage,” which pushed for them to seek out a divorce.

She claimed that the rapper and music producer had “extreme coercive control over her,” which started shortly after their wedding when he allegedly forced her to sign a prenup.