The family of the late Moshood Abiola has come out to narrate how they were attacked by armed robbers on Wednesday at their home in Ikeja, Lagos. 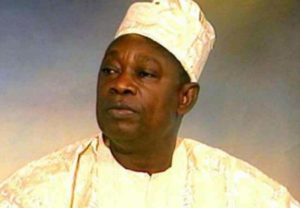 This was narrated in a statement, which was signed by one of the children of the late political statesman, Tundun Abiola who also said, “The hoodlums subjected the family to extreme emotional torture and harassment and stole cash and other valuable items belonging to the family. The police have since been informed. The crime is being investigated. We are consoled by the fact that no life was lost in this unfortunate and frightening incident.

The Lagos Commissioner of Police, Hakeem Odumosu has confirmed the incidence and has also disclosed that some suspects have already been arrested, including the domestic workers as the police suspects an insider connivance.

“Yes, robbers went there and carted away unspecified amounts of jewelleries and some money. I was there personally and I spoke with Mama. There was no physical assault on her or the two daughters who were home.

“I know that some suspects are in custody but I have not been fully briefed on the number of people arrested. Some of the domestic staff were also arrested. The security on the ground did not alert the police or any security agency when the incident was going on. They said they noticed unusual movement within the compound at the time but did not inform us. The police were only told several hours after the robbery,” the State’s Commissioner of Police said