President of the Dangote Group, Aliko Dangote, has endorsed the former Minister of Finance, Ngozi Okonjo-Iweala for the position of Director-General of the World Trade Organization in a series of tweets. 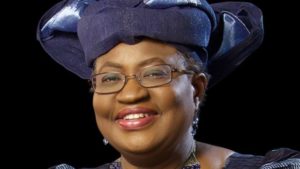 He tweeted, “In these challenging times @WTO needs the renowned skills and tested experience of Dr. Ngozi Okonjo Iweala @NOIweala to lead the organisation through identified obstacles and strengthen its position as the prime facilitator of international trade. A vote for her by all is a step in the right direction. I fully endorse the candidature of @NOIweala to lead @WTO.”

Dr. Ngozi Okonjo-Iweala is currently contending against seven other candidates from Mexico, Egypt, Moldova, Republic of Korea, Kenya, UK and Saudi Arabia for the post of Director-General of the World Trade Organization.