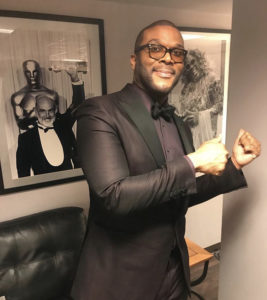 Tyler Perry is officially a member of the Billionaire Club.

According to Forbes, the actor and entrepreneur is now worth a billion dollars. The publication arrived at the conclusion by breaking down Perry’s assets, including $300 million in cash and investments, a content library worth $320 million, his sprawling Atlanta studio and multiple personal properties.

Congratulations are in order to Mr. Perry!