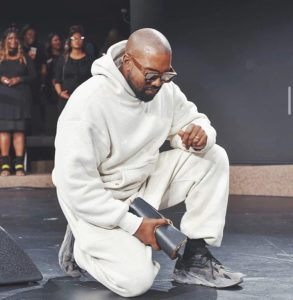 The ‘Bound 2’ rapper and his team regularly fly across the United States for his special prayer series and he has revealed he has racked up the huge sum in promoting and executing his church services.

He said: “I spent every dime that I have for marketing from Yeezy on Sunday Service. Every dollar I had. I spent $50 million last year on Sunday Service if you add up the operas, if you add up the flights. It was 120 people going to Jamaica. The Yeezys, they were selling themselves. So instead of paying for ads, I invested it in the church. I invested in spreading gospel.”