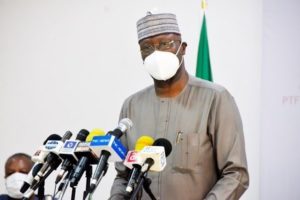 He said, “It is in the above context that the PTF appreciates the on-going calls for re-opening of the education sector and indeed some sub-nationals are already making preparations for such.

“Whilst the PTF does not discourage making such preparations, we need to be guided by experiences from countries such as Germany, France, the United States and the UK where opening of schools in some cities led to an increase in confirmed cases and fatalities.”

The SGF also said that the Presidential Task Force would soon present its recommendations to President Muhammadu Buhari, as they plan to reopen more sectors of the economy.