Instagram Celebrity, Bitcoin Lord and Others Arrested By EFCC

Linus Williams Ifejika, popular Instagram celebrity known as ‘Bitcoin Lord’ and other 13 suspected internet fraudsters have been arrested by the Economic and Financial Crimes Commission (EFCC) from different parts of Awka, Anambra state. 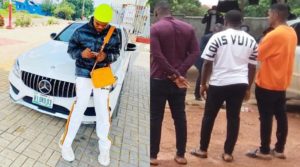 Different items, such as exotic Mercedes Benz and Lexus cas were recovered from them. According to the Commission, the suspects were arrested based on an information available to the Commission. 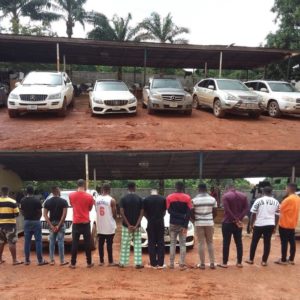 On search, the suspects’ phones revealed that they were into suspected internet fraud, which include online bitcoin scam, love scam and identity theft, EFCC confirms in a statement.

The Commission has promised to charge the suspects to court immediately they reach a conclusion on the ongoing investigations.