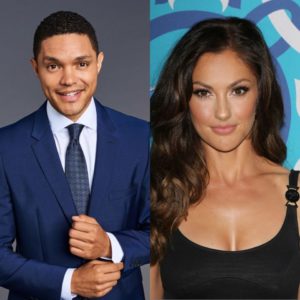 The host of The Daily Show with Trevor Noah is also living with the stunner in New York, according to informed sources.

E! News reported that Trevor and Minka live together in New York. Sources from the publication claim that things are getting quite serious between the two.

They are yet to confirm the relationship, and People says their reps could not be reached.