Chadwick Boseman: A Journey Through His Career In Hollywood

Iconic actor, Chadwick Boseman who died at the age of 43 after years of battle with cancer, had his first big break in 2008 when he played the role of Nathaniel Ray in the movie, ‘Lincoln Heights.’ 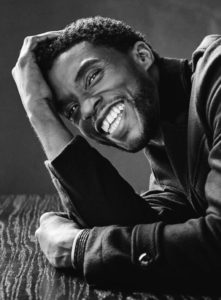 After this, he acted the character of a military man, who woke up to find himself in a ghost town with no way out, amidst others. This was in a short-lived series, titled ‘Persons Unknown.’ In 2013, he played the role of Jackie Robinson which was a biography of the first African American to play in the Major League Baseball in the movie, ’42.’

He also played another historical role in the movie, ‘Marshall’ when he played the role of a lawyer who became the first ever African American Supreme Court Justice. In 2018, Chadwick Boseman was shot to stardom when he played the character of T’Challa in ‘Black Panther.’ He also played lead character roles in the ‘Avengers’ series, ’21 Bridges’ and the 2020 movie, ‘Da 5 Bloods.’

9PSB gets final Approval from CBN with ...