It’s been over 30 days since we were introduced to the new set of BBNaija housemates and a whole lot has happened since then. There have been the fights, the endless drama, the coupling ups and with those, the break ups and make ups. If we weren’t keeping tabs, we could have sworn that it’s been way longer than one month since the season kicked off.

In the five weeks they’ve spent in the house, the housemates have shown viewers the different sides to them and with each passing day, they have won over many fans as they have “haters”.

Of the twenty housemates that made it into Biggie’s house, 6 have been evicted. Ka3na who walked into the house gun blazing and ready to serve it hot to anyone who stood in the way of her and the 85 million naira prize was the first housemate to be evicted. She was followed by Lilo who both the housemates and viewers agreed spent the better part of her two weeks in the house bonding with her lover Eric than the rest of the housemates. Eric and Tochi followed next, and after them Kaisha, the Northern belle whose quirkiness endeared her to quite a number of people. And Praise. Between Praise and Biggie’s morning alarm, it will be hard to pick a winner in the loudest contest. You can’t possibly ignore Praise, even if you tried.

Now let’s look at the remaining 14 housemates in the house, shall we? 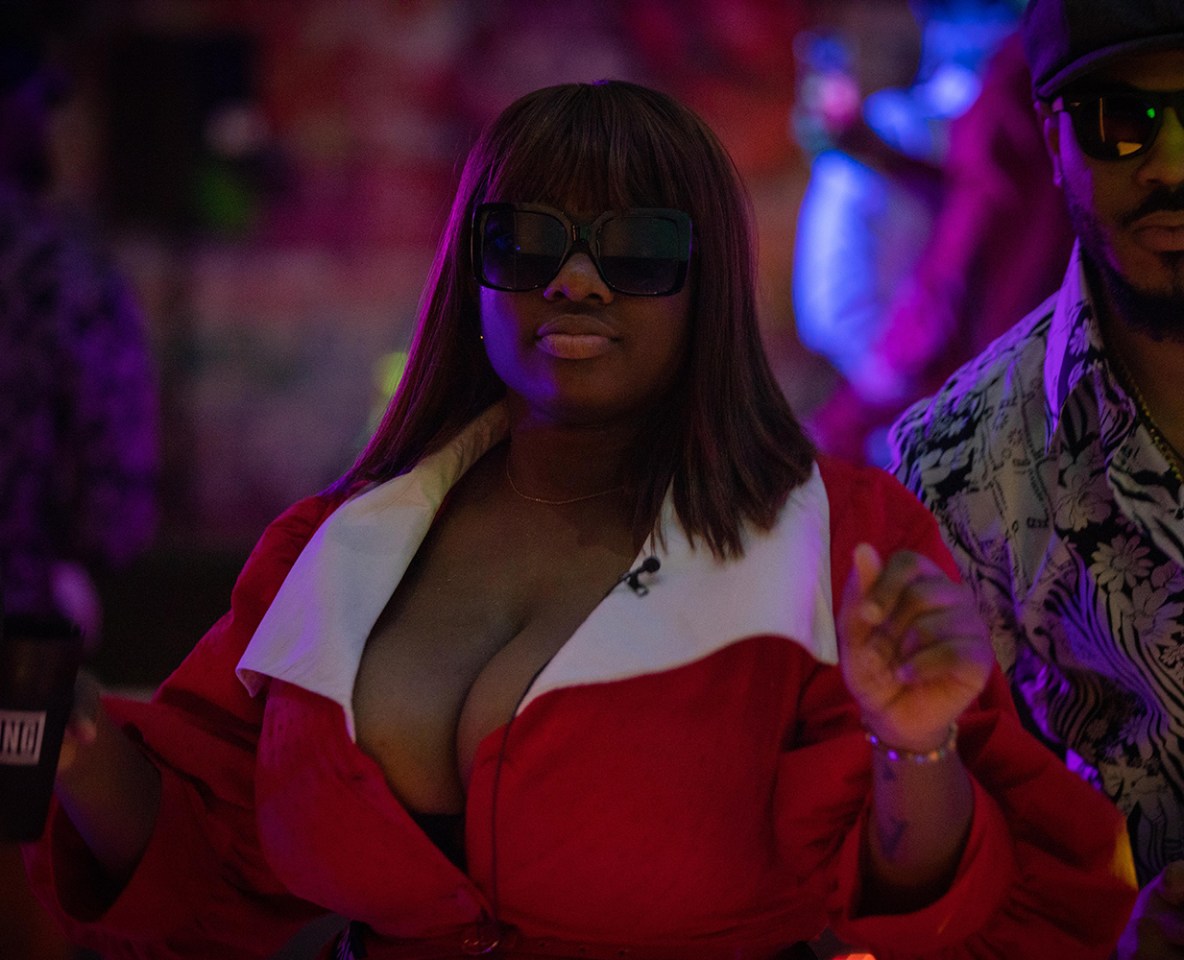 Dorathy’s friendship with Ozo had put her in a triangle that she didn’t bargain for at the start of the season but she has since broken out from that triangle and evolved into her own person. With her very cheerful demeanor and a wig game that would have Kylie Jenner green with envy, Dorathy has won herself a loyal fan-base and we can’t wait to see how the rest of the season plays out for her. 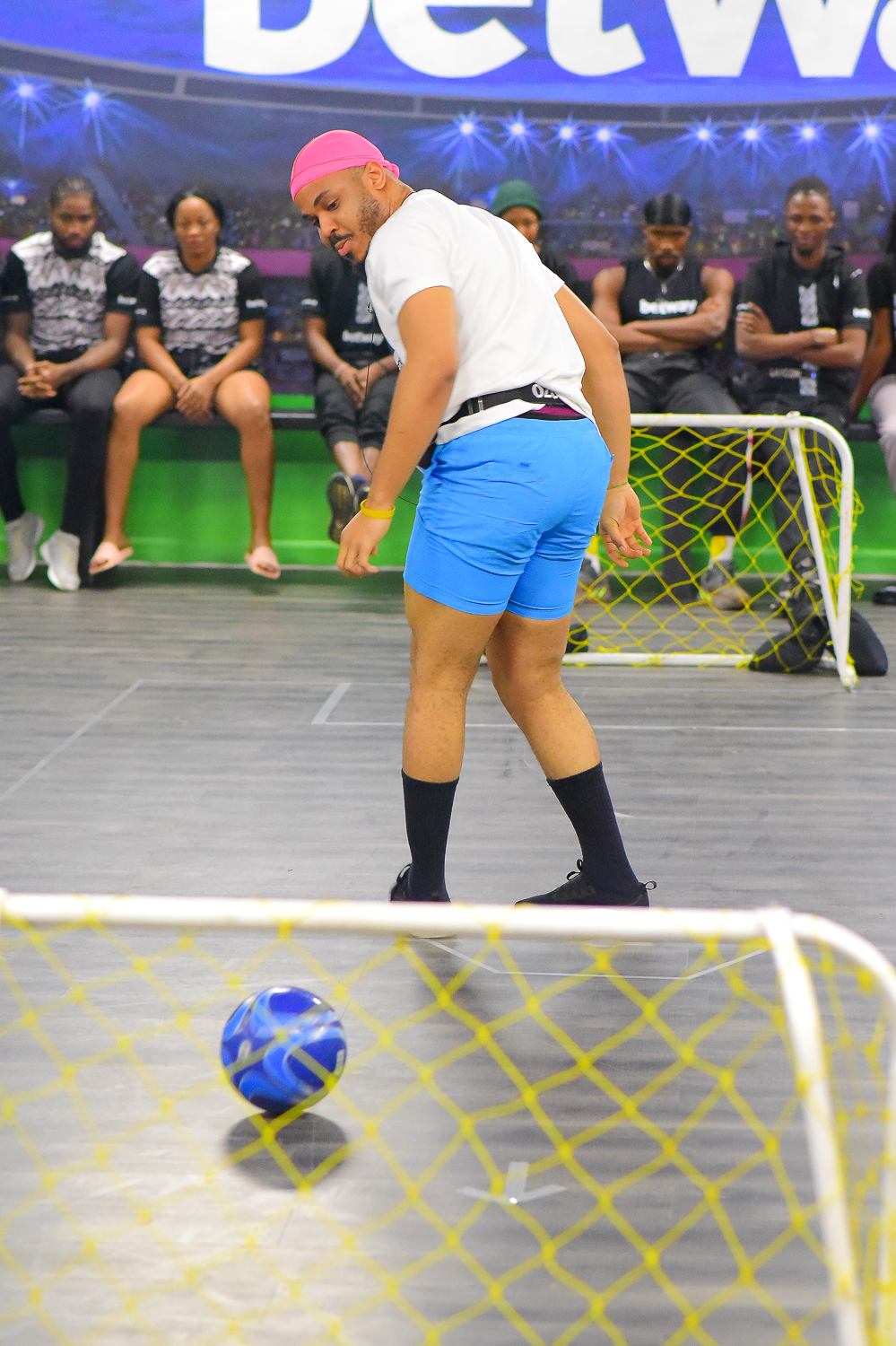 Durag, booty shorts, a pair of nerdy glasses and you have the Ozo starter pack. When the first-class Economics graduate is not shadowing Nengi around the house, he’s trying to mend his friendship with Dorathy. As HoH, his affinity for assembling the housemates for family meetings was the subject of many social media memes and conversations. 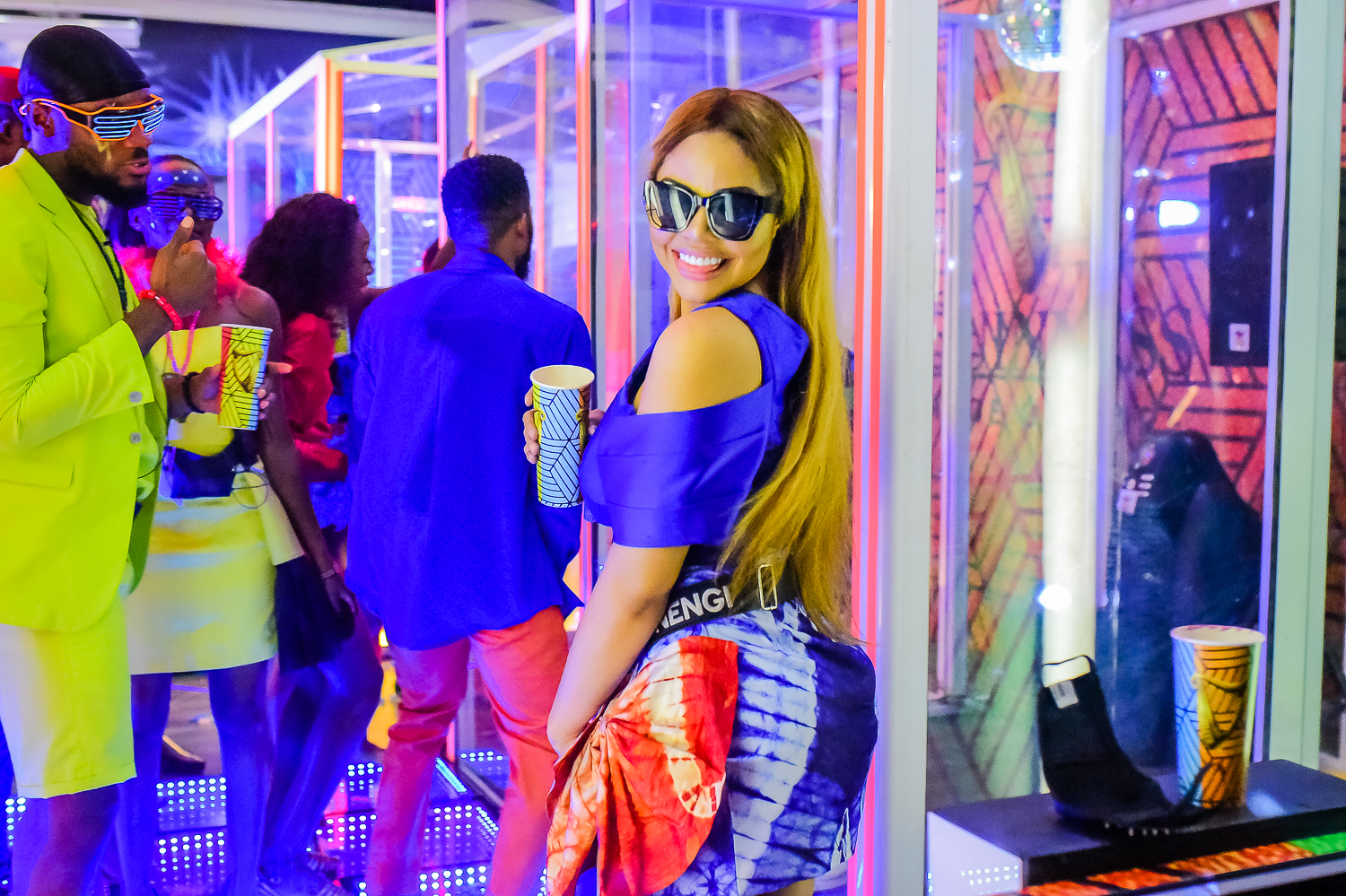 From winning the first HoH game to her relationship with the boys, fights with a few of the girls and her endless booty checks, Nengi has served viewers the entertainment they subscribed for this past month. She might not be her fellow housemates’ favorite but her name has remained absent from the bottom four list since evictions kicked off which may be an indication that viewers love the drama she’s brought so far. But will she continue to be in the good graces of the voting public? We’ll wait and see. If you’re wondering why we’re profiling these two together, it’s because they are literally the same people. The two have been joined at the hips since they came into the house and even though their ship continues to be hit by food-related rogue waves, the lovers seem to be hell-bent on sailing to the finals together. 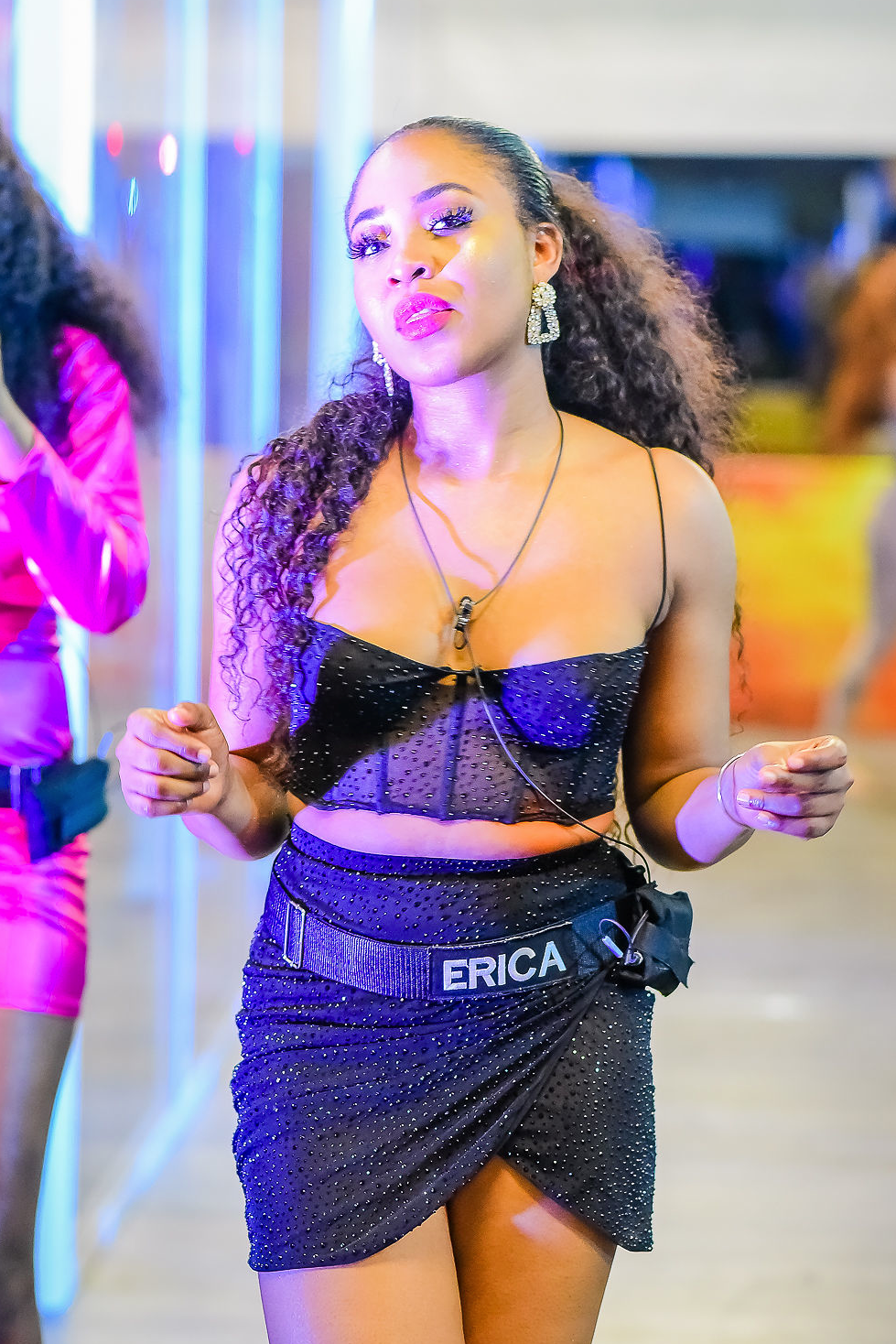 This Igbo beauty has danced her way into a lot of viewers’ hearts. She’s the undisputed queen of the dance floor and highlight of Saturday night parties. Her love triangle with Laycon and Kiddwaya has also meant that she’s the subject of many conversations both in the house and outside the house. 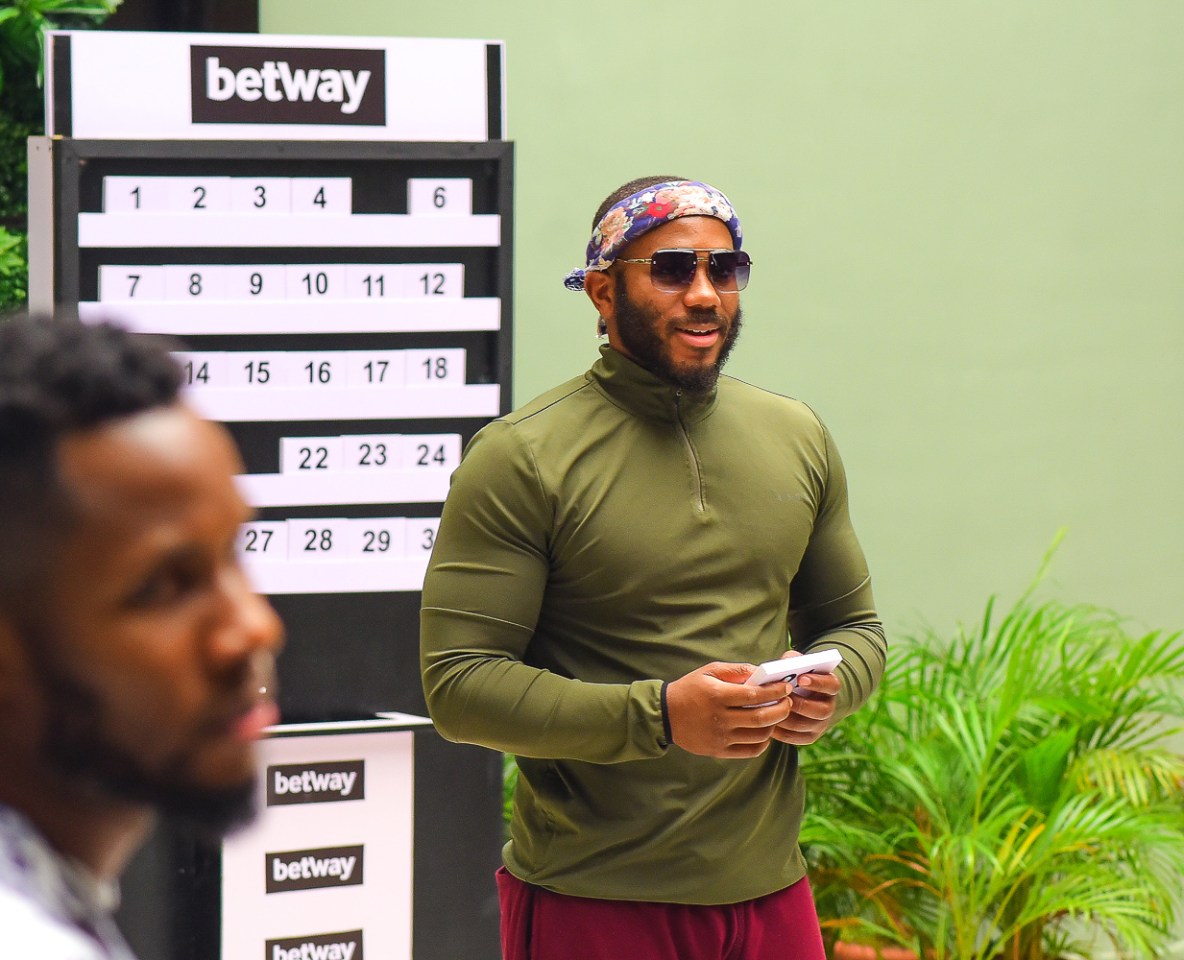 While we can all agree that Erica knows how to rock a dance floor, we sadly can’t say the same for her lover, Kiddwaya. This rich kid’s two feet never seem to be in tandem with each other or what he has in mind. But even his two left feet haven’t stopped his fans and supporters from rooting for him because it’s not like BBNaija is a dancing show. 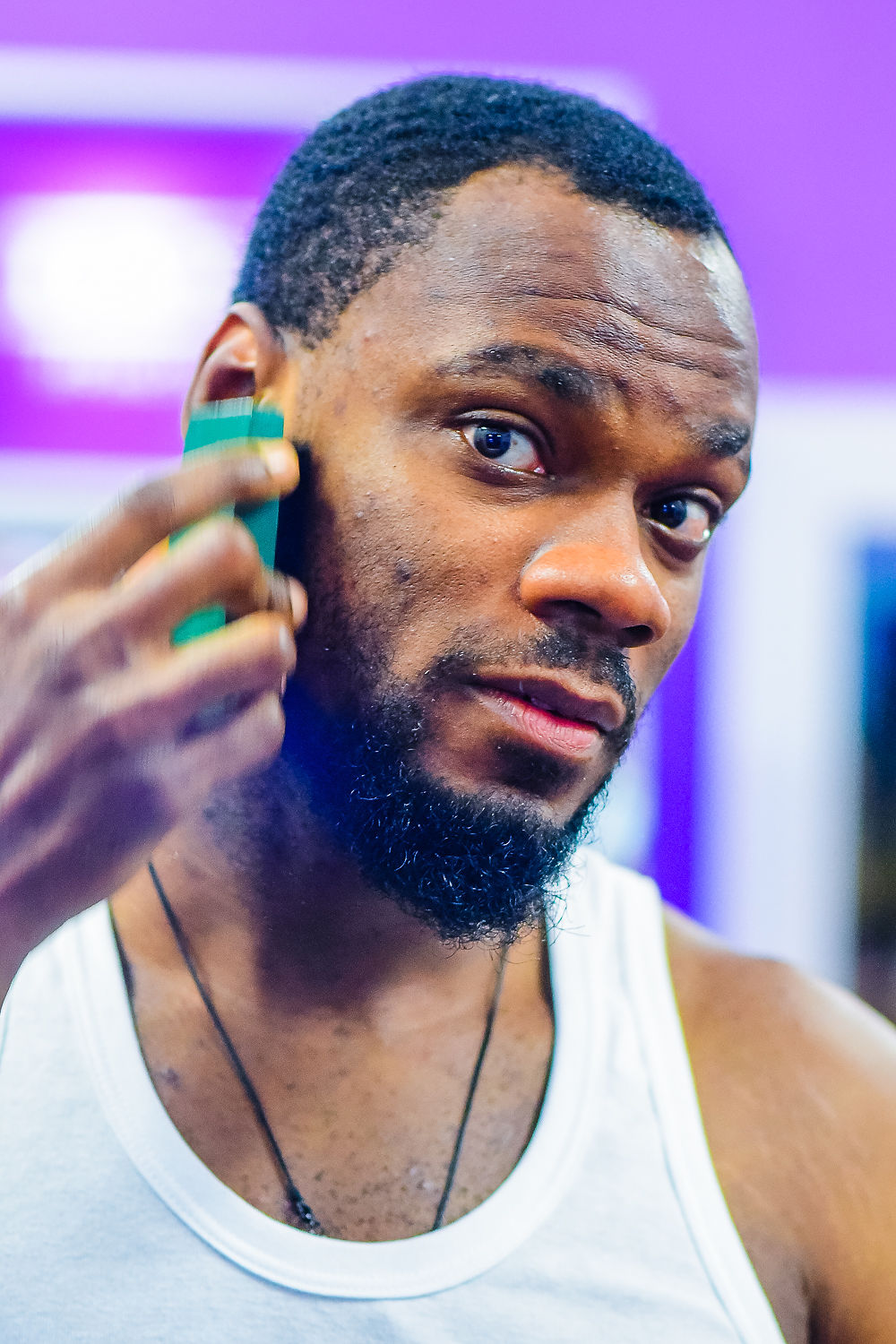 This former Mr Nigeria plays to win. His competitive nature has rubbed a few of the housemates the wrong way but everyone seems to agree that he’s generally a nice guy. Plus, he’s the official hairstylist in the house for both the guys and the girls. Sadly, there isn’t anyone in the house he can trust with his own hair(line). 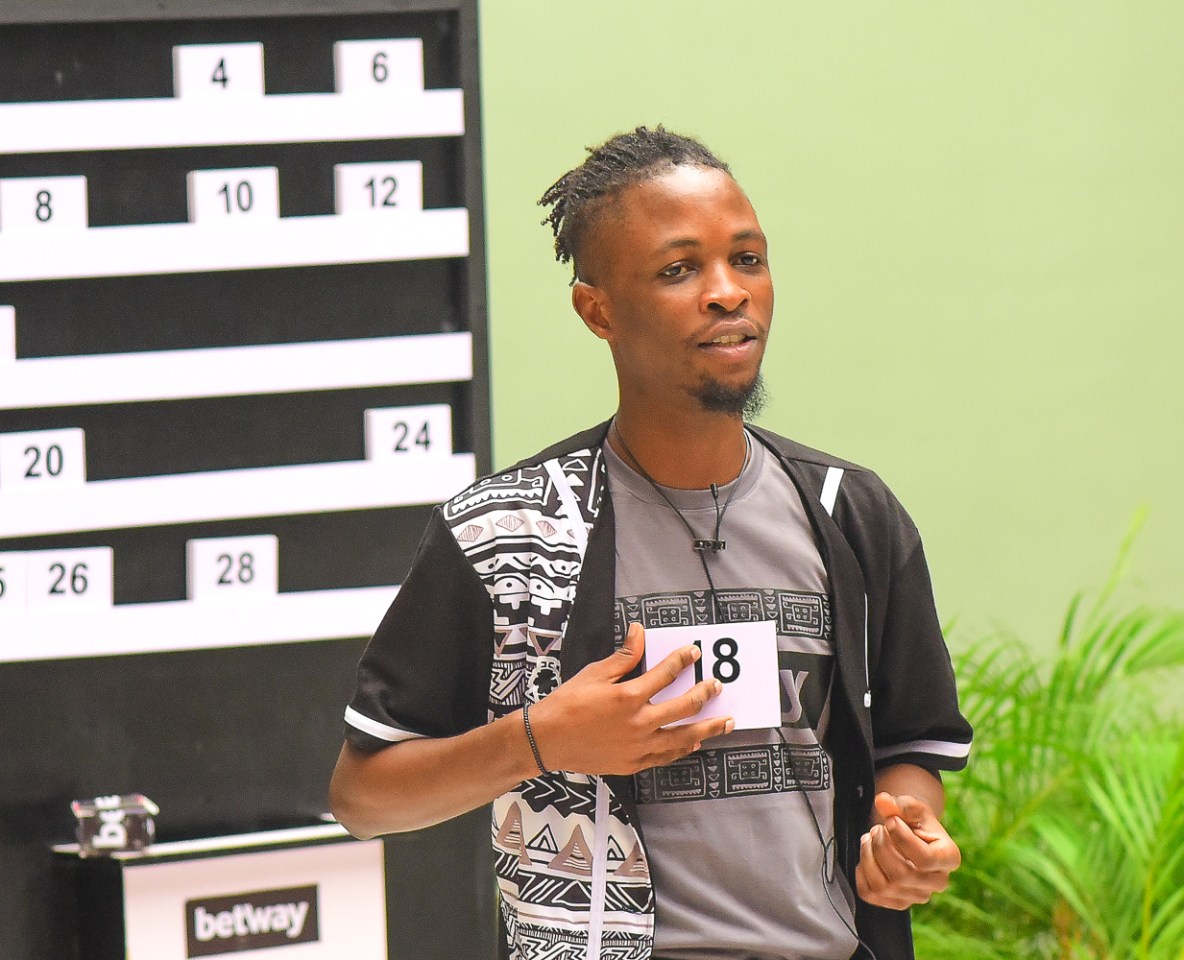 His relationship with Erica might not have gone the way he envisioned and he may still be nursing a heartbreak as a result but the rapper’s star has continued to rise. 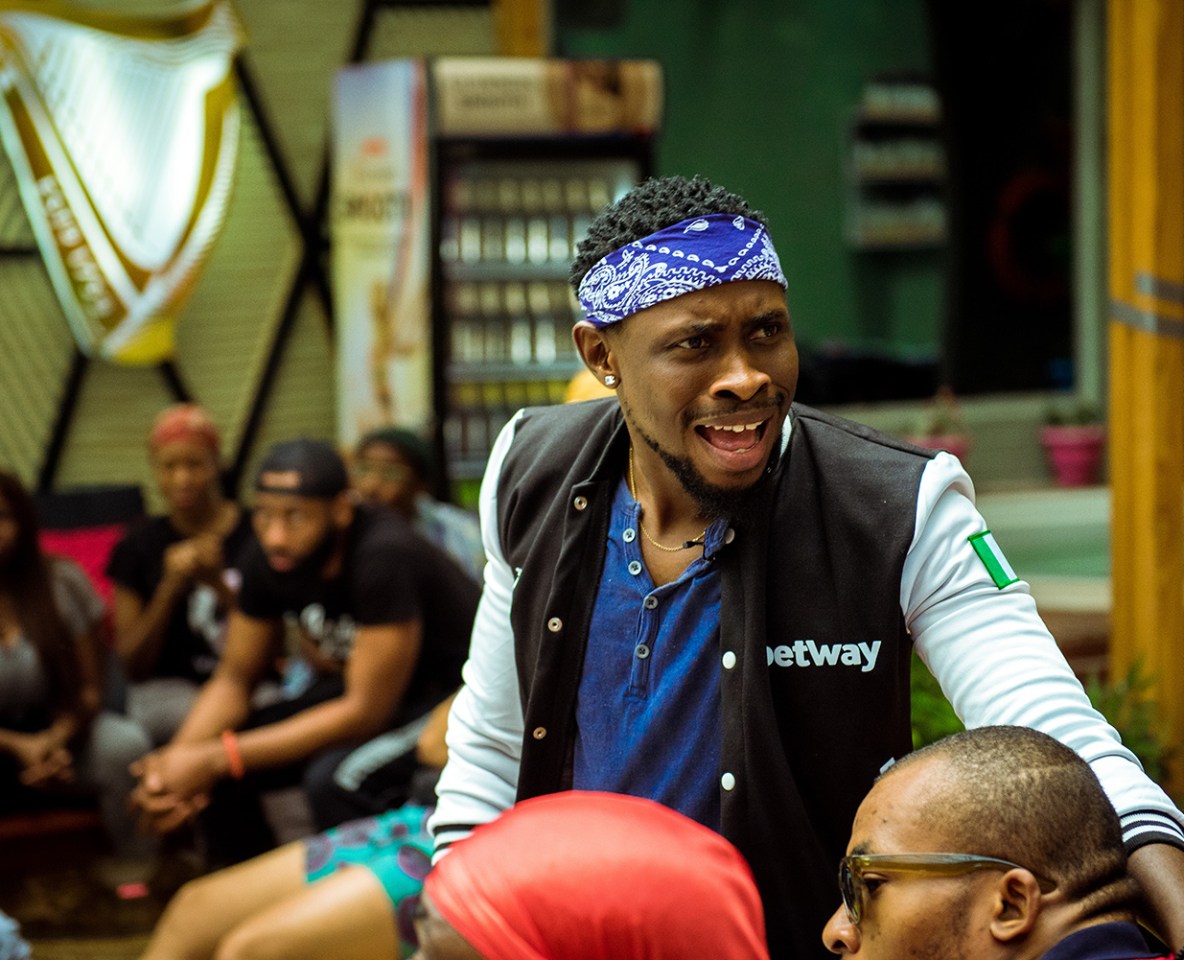 Triky is the resident funny guy – well, according to the ladies, at least. His directorial debut in the BBNaija house also won the housemates their first wager. When she’s not bemoaning her boo-less status, the Kenyan-Nigerian can be found, dark shades on, sitting by herself in Biggie’s garden. She’s also managed to get into fights with a few of the girls in the house over everything from bed space to man issues. 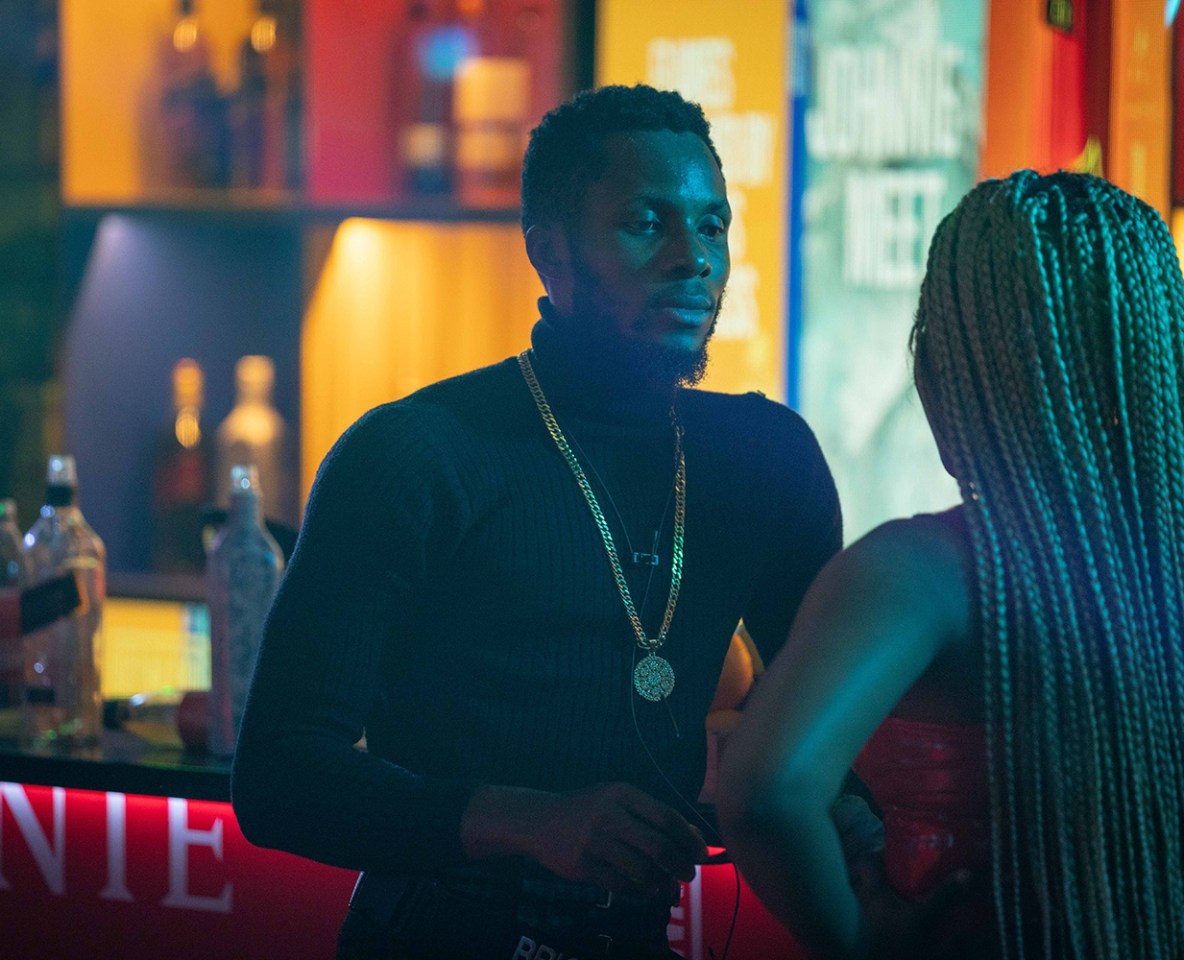 Giver of unsolicited counsel, shaker of tables, the ultimate instigator and Lord Baelish of BBNaija Lockdown. Underestimate Brighto at your own peril. 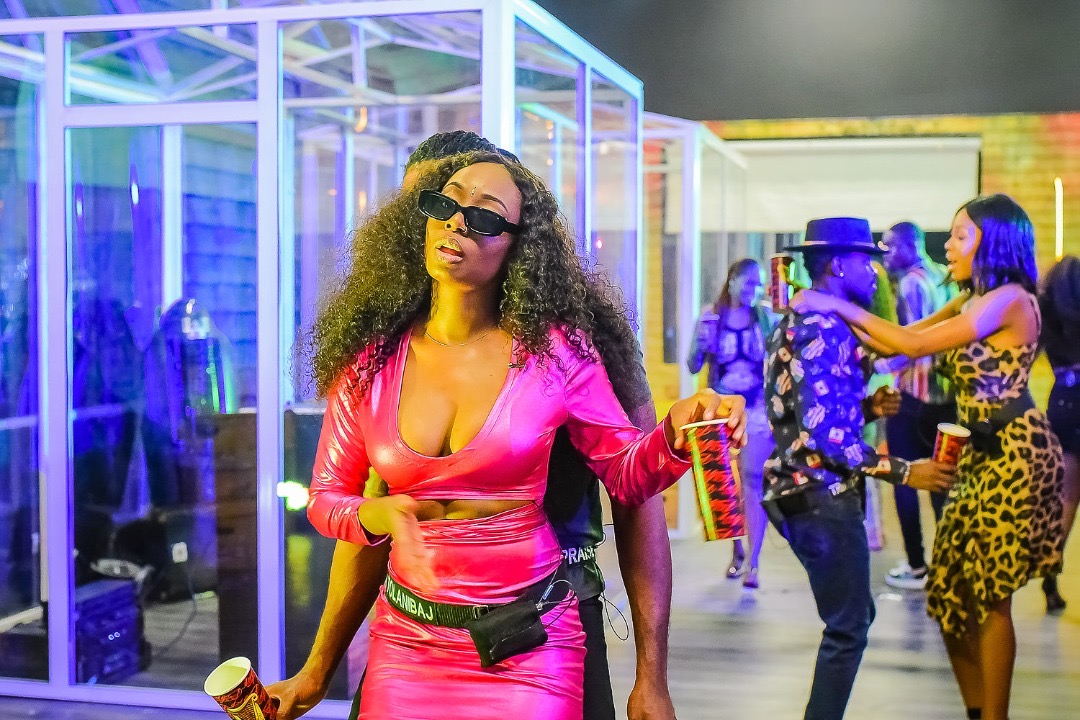 Tolanibaj’s eyewear collection deserves a show of its own. She’s also shown that she’s definitely not one to mess with. Doubt this? Ask Ka3na!

Each of the 15 housemates have shown that they are in this to win and will do anything to get the 85 million naira prize. But who is your money on to win?

You can predict this season’s winner in the BBNaija Fave Lock-In competition for a chance to win 1 million naira.

To qualify for the competition, fans must be active DStv or GOtv customers and download the MyDStv or MyGOtv apps from their app stores to make their choice. All correct lock-ins on the app will go through a raffle draw where 30 winners will emerge and win N1m each

The competition is open to both new and returning customers and closes Monday, August 31, 2020.

Enjoy the 24/7 BBNaija experience on DStv channel 198 and GOtv channel 29. Reconnect your DStv today via www.dstvafrica.com or get GOtv Max or Jolli onwww.gotvafrica.com and download the MyDStv and MyGOtv apps from the app store for more self-service options.