Following the release of Burna Boy’s legendary music album, ‘Twice As Tall’, Burna Boy has released the visuals for the song, ‘Monsters You Made’ Featuring Chris Martin. 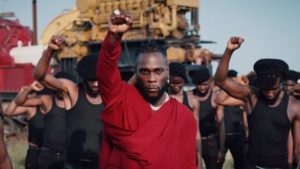